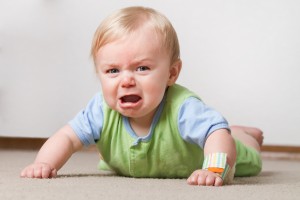 I got your email and reply-reaction on my previous blog about the Surrogacy Conference that was organized by Men Having Babies, the organization you represent. In those replies you question the content of my blog but upmost you try to tackle my intellect, honesty, agenda and perspective.

Well, I decided that my response will be a new blog. Don’t worry, to prove my honesty your reply-reaction on my blog about the Conference will be published. And I also will publish the full content of your email down below.

Regarding your first point of critique (dishonesty and deception): I am pretty accurate when reporting on conferences, news, meetings, … Donor conceived tend to be very honest: we dislike lies and hidden truths ourselves. We even uphold high(er) moral standards simply due to fact that for us there is no financial gain.

Personally I think I was kind when I wrote the blog, leaving out names so that direct embarrassment could be avoided. Your team recorded the presentations at the conference, did they not? You can always check on factual accuracy. Here is a shortlist of some other painful remarks mentioned that day:
– ‘crazy people outside’ quote Anthony Brown (chairman MHB): on the protestors outside the Hilton – yes, he apologized for this remark shortly after, nevertheless he said it.
– ‘We don’t care if she already had child or not’ quote Anthony Brown (MHB): on the surrogate.
– ‘We (US) have more children to adopt because we put a lot of people in jail, quote Ron Poole-Dayan (executive director MHB) during the presentation of ‘A New Way’ you gave instead of their absent spoke person.
– Risk when trying to adopt: ‘it happens frequently that birthmothers decide to keep YOUR baby’, quote Ron Poole-Dayan (MHB).
– ‘I can do anything on a birth certificate’ quote Molly O’Brian (Law Office) pitching her services.
– ‘Who would want to abort the baby if it has a defect?’, quote Dr. Brandon J. Bankowski (fertility doctor).
– ‘A surrogate can be enforced to follow instructions, if not payments will be ceased’ quote Steve Snyder (lawyer)
– ‘In adoption 30% of the birthmothers keep their child versus only in 0,5 % of surrogacy cases there are problems’ quote Steve Snyder (lawyer).
– ‘Honestly, we take what we can get as surrogates’, quote surrogacy agency, dismissing previous claims at the conference that surrogates go through a high standard selection process before presented to indented parents. 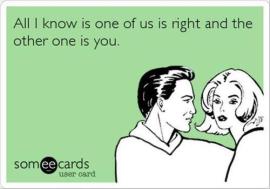 It’s remarkable that you attack me on making a false statement on the enforcement of an abortion, as fiercely advocating for the so called ‘right to live’.

Internet is a great place to do in depth research. On my search I bumped on a recording of a surrogacy broker (= intermediary between potential foreign customers and American clinics). It is stated that abortion cannot be legally enforced yet the ultimate decision lies with the intended parent(s). Surrogacy agencies can connect customers with surrogates who agree upfront willing to abort the baby if there is an ‘abnormal’ condition, for example: if the baby is missing an arm. Reduction is also possible: when the surrogate is pregnant of more children than the indented parent is willing to take care of. There are already two cases known of American surrogates who went in hiding when they tried to enforce a reduction on the healthy triplets they were carrying.

Ron, seriously: you are using ‘the right to existence’ to justify the practice? Maybe at the next conference you should invite all the spirits who want to claim their right to existence in a human form. Oh, that’s right, the room, as the content of many bank accounts, would stay empty. During the ‘surrogacy boot camp’ (quote: Anthony Brown, MHB) genetic testing was wildly promoted: providing indented parents with a healthy as possible infant(s).

Many speakers promoted embryo selection as a form of quality control. They explained that embryos with the slightest abnormality are destroyed. If you are advocating for the right to live, does this apply for all or only for the babies who are more likely to resemble the pictures used in the brochures?

You question ‘my right to doubt the ethics regarding surrogacy and donor conception’. As a first hand witness* I spend most of my time cleaning up the mess the fertility industry leaves behind, helping donor conceived, parents and – as you would call it – the ‘genetic material contributors’, when confronted with the actual implications of a business that thrives on the despair of those who are longing to be a parent. On a daily basis I uncover not only the impact, but also the consequences and suffering it inflicts on those who are created and those involved. It even extends beyond generations. 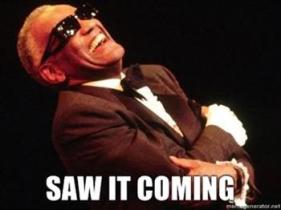 I can’t say that I am surprised by your reaction. It’s not the first time that MHB tries to impose their views on others or silence those who dare to question the ethics of the practices you are trying to sell.

An American donor conceived, Alana Newman (founder of https://anonymousus.org/ ) , once silently handed out a small pamphlet at one of MHB fundraising events in NY in 2013.

On the piece of paper it said: “My name is Alana. I am donor conceived and miss my biological father every day. I know that the children you are fundraising to create will miss their biological mothers with just as much intensity. I’m also a mother. I had an emergency c section to deliver my daughter despite being healthy and young. I still have nightmares about it. A woman should be surrounded by her family that loves her when she risks her life to bring forth life, not by strangers on a budget. Please don’t support family structures that deny children a right to their natural mother and father.”

She told me she was harassed on the street by a man and a woman. They threw the pamphlets in her face whilst verbally abusing her and chasing her away.

But it’s not only donor conceived MHB tries to bully. At least one LGBT organization you reached out to, to promote the conference and services of American agencies, got a ‘tantrum’-email when they refused to promote or cooperate with you. 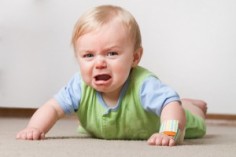 Actions define character, Ron: they are louder than words. Even an ‘ethical framework’ cannot hide the true intentions of the manipulation that is projected. (And yes, I read it but it failed to convince me).

It doesn’t matter how many advisory boards that are put together: it can never and never will justify the fundamental injustice that is inflicted one those who are being created or being used to keep a business going. Two wrongs don’t make a right. Every practice that goes at the expense, welfare and best interests of a person is unethical and should be forbidden, not legalized or practiced. 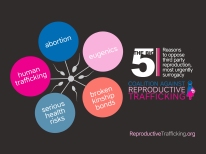 Almost looking forward to see you again next year.

I am glad you were able to come to our conference (after we corresponded and assisted you with your payment), but regret your dishonesty and deception in your blog and Facebook page.

Your description of the conference was full of lies and misleading statements. It is a lie that “abortion can also be enforced by contract.” In fact it is against the USA constitution to do so. Another example: we never advised against adoption, in fact we provided a presentation about adoption and resources how to go about it. You quote several providers you may have spoken to, yet present these things as if they were said by MHB.

Cannot believe that you can seriously say that in order to protect donor kids you will not simply advocate for laws that mandate disclosure, and instead advocate against their existence? How can you “protect” someone by denying them them the right to live? “The intentional creating of human begins depriving them not only from fundamental and vital information about themselves, but also from having a meaningful relationship with their biological family, is in my view the only ethical framework that needs be applied when considered whether or not to allow surrogacy and donor conception”

What right do you have to doubt our intention re the Ethical Framework. Have you read it? You seriously think that we created an advisory board comprised of surrogates, deliberated for more than a year, translated this to 6 languages, and built a coalition of 9 international organizations that support this — all just to “to convince opponents of their sincere and honest intentions”?

Allow me to doubt your agenda and objectivity. We spoke repeatedly about how we deal with possible conflict of interests, and how we would not have had any providers from the USA there if the laws allowed for ethical surrogacy done in Belgium. None of this was reflected in your report. Nor was the presentations by representatives of LGBT organizations, surrogates and parents, legal experts, the studies we reported on, etc.

You are not an intellectually honest person if you claim your report to be a fair description of what that weekend was about. Let’s see if you will be honest to post the reply I wrote on your blog.